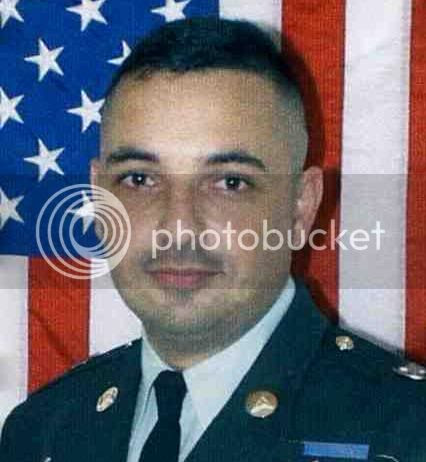 Tuesday evening, as the sun set, a Chinook helicopter carrying sixteen Navy SEALs and Army Special Forces crashed in the mountains of Afghanistan. Wednesday morning, a friend of mine received a phone call. Her step-brother was on the manifest for that chopper. This morning, she received the phone call.

Sergeant First Class Mark Muralles was a medic with the 160th SOAR out of Hunter Army Airfield, and, from what I've been told, he was a dang good one. He was twice recommended for the Silver Star, once for the Bronze Star, and received many citations and several medals. No arrangements have been announced as of this time.

He is survived by his wife (Diana), two children (Anna and Dominic), his mom (Rosemarie), his father (Arturo) and his sister (Cindy). He is also survived by his step father, Robert and his step sister, Rhonda, but... in Mark's mind, there was no "step" involved.

I never met him, but I know I would have liked him. How do I know that? The love in his family's eyes when they talked about him. That's all I needed to know.

The Lord bless you and keep you,
Make His face to shine upon you,
And be gracious to you.
The Lord lift up His Countenance upon you,
And give you peace. Amen. (Num. 6:24-26)